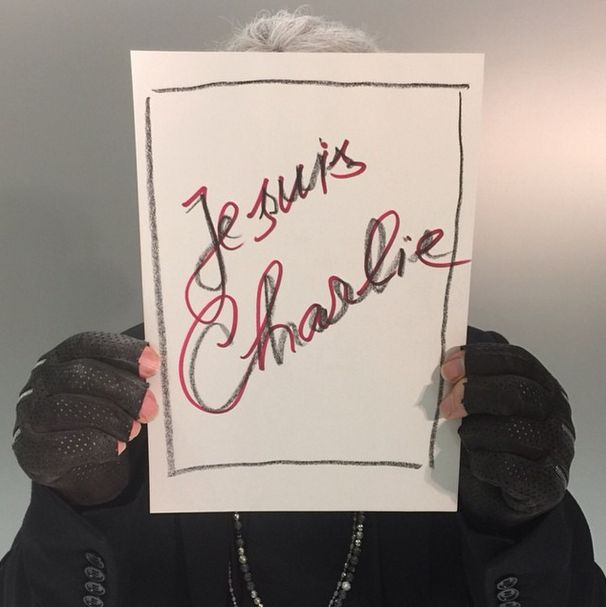 A couple of weeks ago a horrible act of terrorism affected the lives of million of europeans and people around the world. I will never forget that January 7th, it was my birthday and I was brunching with my family when we heard what was happening in Paris.

It was a sad day in our history but that day also brought millions of people together to stand for our freedom . Also the french fashion industry has been showing its support to the “Je suis Charlie” campaign to protect our freedom of speech.

Check out what french designers are saing:

Kris Van Assche, creative director of Dior Homme told WWD: the “Freedom of expression is a core value of our civilisation and is central to any kind of creation, from comics to fashion. Beyond the horror and the shock of the dreadful news, freedom is at stake. As a citizen, as well as a creative director, I shall stand for it.”. 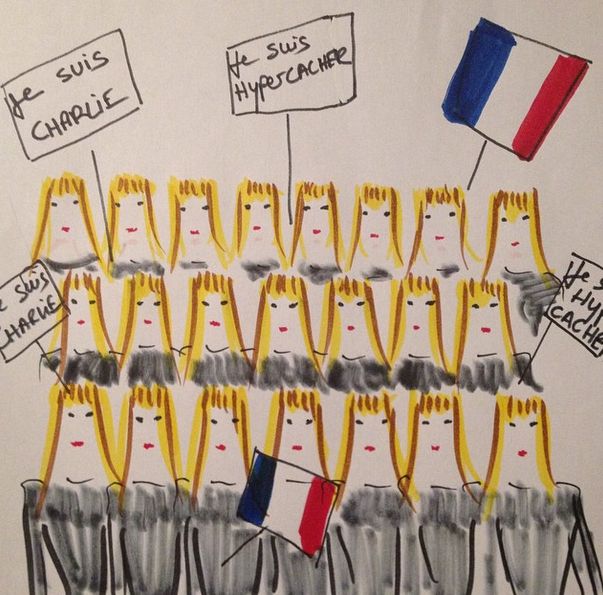 Victoire de Castellane, a french jewellery designer, posted on her instagram many cartoons with the “Je suis Charlie” slogan.

Riccardo Tisci (Givenchy) posted a very famous Voltaire quote: “I do not agree with what you have to say, but I’ll defend to the death your right to say it.”, and Jean Paul Gaultier posted a very expressive photo with his staff on the steps of his atelier holding their “Je suis Charlie” signs: 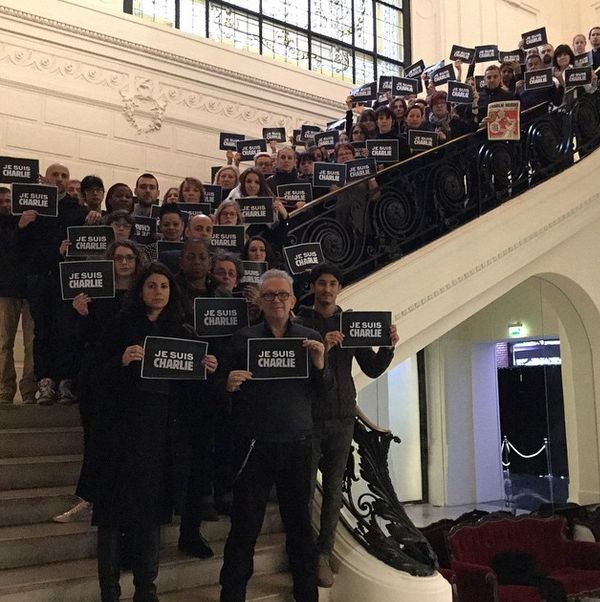 Karl Lagerfeld posted: “It’s horrible. I’ve been physically sick since Wednesday. I think it’s very bad for the image of Paris, though I’m very much against French bashing… They were very gifted people they killed. Cabut (one of the cartoonists of Charlie Hebdo), he was incredible.” 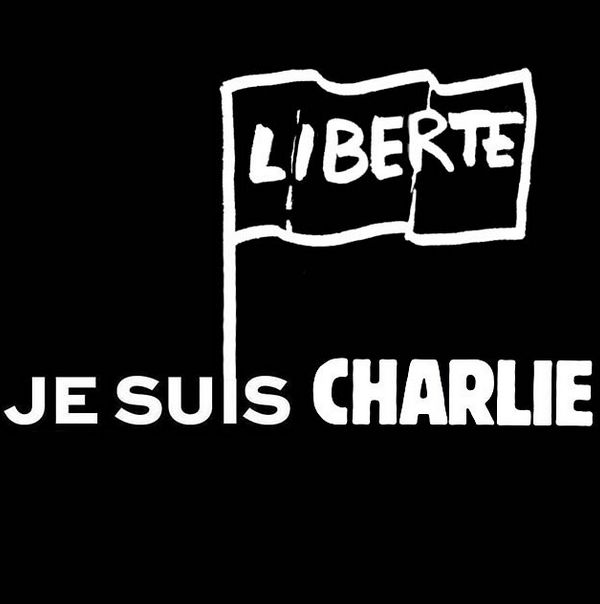 Olivier Rousteing (Balmain) told WWD in an interview: “As a French person, I was not expecting this in my country. It’s a really scary situation. I would never want to see my country divided by extremism. Today, there are some fears and a lot of sadness, but at the same time this tragedy has united people around the importance of being able to express yourself freely. I’m a French citizen. I love my country, and I never would want to see my countrymen afraid to express themselves. I am proud to see my fellow citizens affirm this basic right and happy to join with them.” 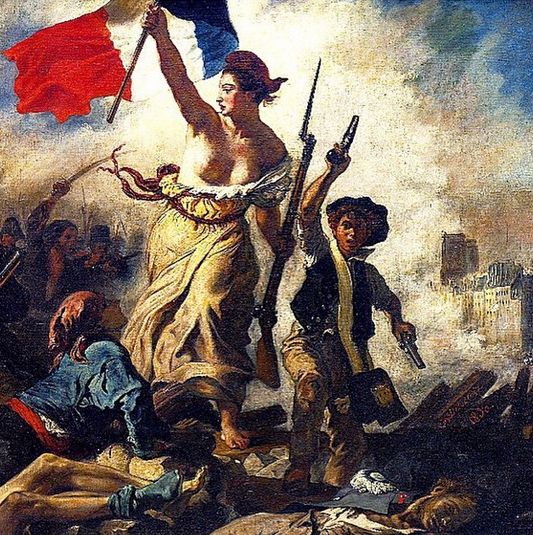 Those terrorists tried to scare us, to hurt us and to divide us but they didn’t reach their goals: We will stand together to see their ideology crumbling down… because in the end paper beats rock! 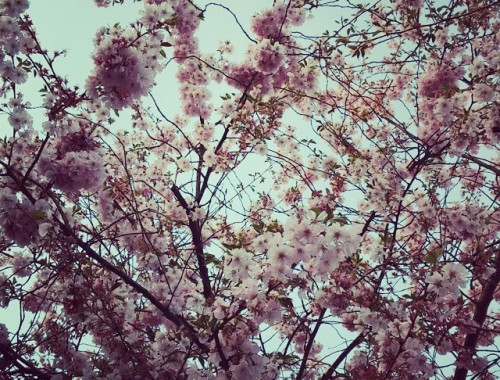 People Can Profit Off Your Instagram Without You Knowing 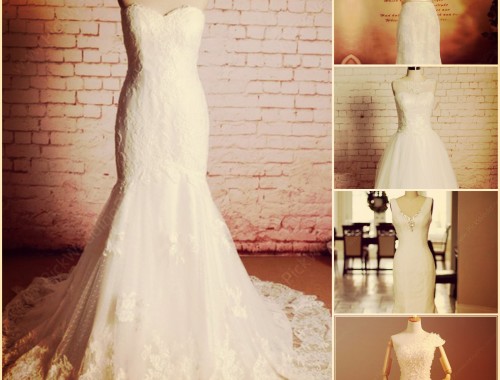 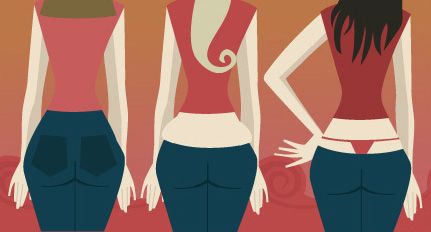